MILLENNIAL HOMEBUYERS FACE A MARKETPLACE THAT IS NOT ACCOMMODATING FOR THEM

MILLENNIAL HOMEBUYERS FACE A MARKETPLACE THAT IS NOT ACCOMMODATING FOR THEM 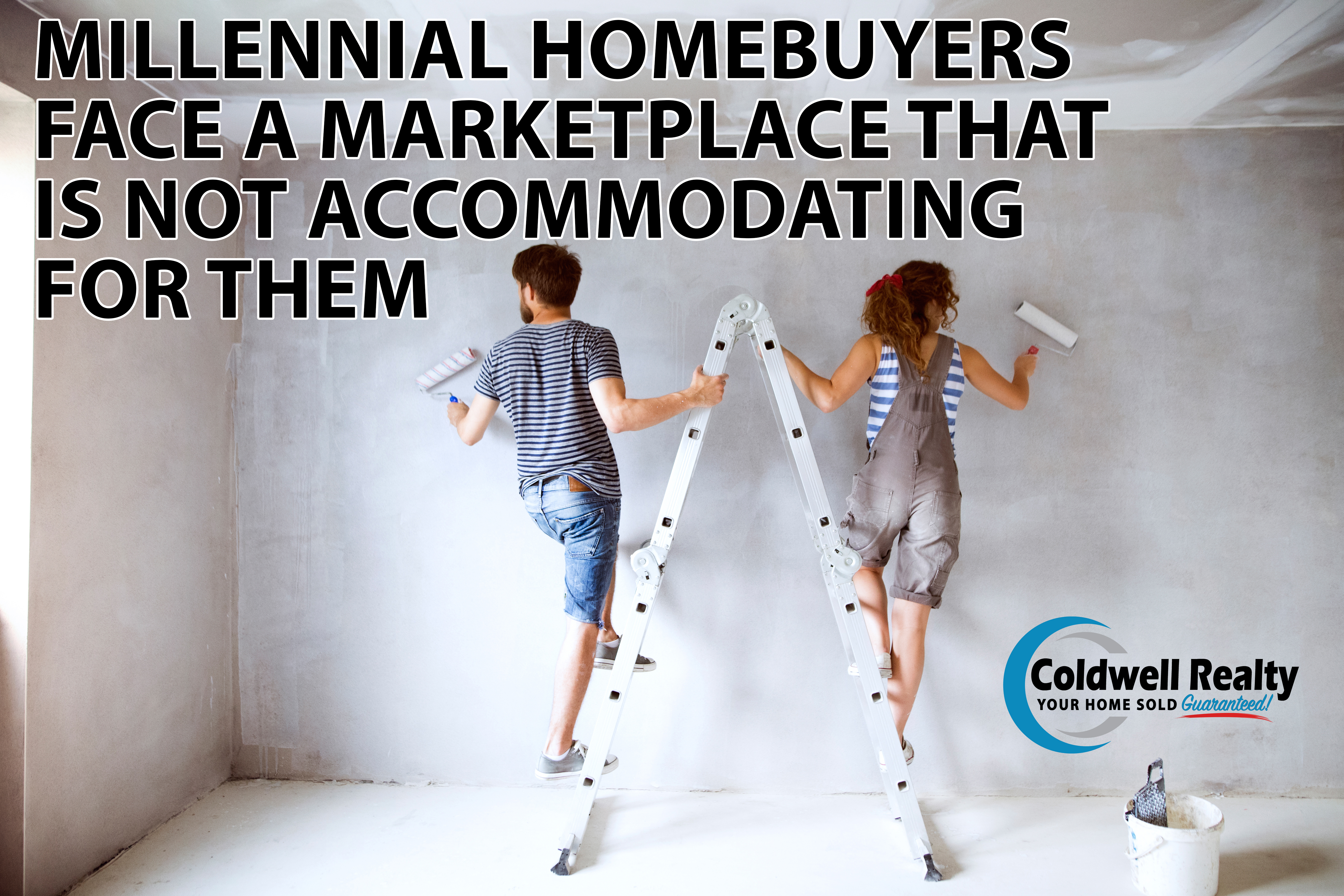 In 2016, millennials only made up 32% of the homebuying market, which is the lowest percentage of young adults to achieve that milestone since 1987. Buying a home has always been the American Dream, so why is it that young adults aren’t purchasing homes like they were before? Many debate that the millennial lifestyle is more spontaneous and less willing to settle down, but according to a survey conducted by finance giant, Fannie Mae, the majority of millennials want to purchase a home as much as previous generations. In fact, the majority of respondents, aged 18-39, felt owning was more financially sensible, and 49% said homebuying would be their next move. Based on these results, and surveys alike, it would seem that lifestyle isn’t the primary issue, and there is more to uncover about the current state of our housing market and economy. In this article, we will dive deeper into the underlying problems caused by the housing market boom post-war America saw in the ’50s, and discuss the financial burden plagued on first-time homebuyers in today’s world.

At the end of the war, our government successfully engineered policies to multiply homeownership in response to the 6.5 million families that were doubling up with relatives, living in mobile homes, barns, or garages in 1947. With the modern mortgage market already having been established in the ’30s through The Federal Housing Authority, the addition of the Veterans Administration home loan program allowed millions of Americans to easily purchase a house, especially those returning from war. Leo Grebler, a professor of urban land economics at UCLA, cited that a staggering 30%-51% of housing starts between 1951-1957 were from FHA and VA loans.

This newfound cheap and accessible financing flooded in demand for housing. To accommodate for this, developers looked to suburbia, rather than cities, due to the cheap land that offered quick and easy profit that was further subsidized by the government’s investment in highways and interstates. It’s important to note that even though FHA loans could be put toward new urban housing, it had an anti-urban bias. Minimum requirements for lot sizes and suggestions about setbacks and distances from adjacent structures often excluded many types of multifamily and apartment buildings. To this very day, this anti-urban bias explains why many urban areas have little affordable housing. New urban residences simply weren’t being developed, and missing out on this housing boom was detrimental to these areas, which now see a deficit of units, high demand, and uncontrollably high prices.

With rising income, an expanding economy, and increased homeownership in the ’50s and ’60s, things were looking great for young people who wanted to buy their first homes.

In 2018, 1.2 million homes were started across the country. Adjusted for an increased population, this is the lowest number, per capita, in 60 years. And unlike the postwar building spree, fewer of these 1.2 million homes are considered starter homes, bringing us to our first underlying problem in the housing market. In fact, Realtor.com found that the supply of starter homes shrinks 17% every year! Developers claim that a shortage of available lots, which were taken up in the early waves of suburbanization, as well as expensive land, make affordable housing impossible, and only more expensive models offer enough profit for developers. Construction and land costs are at the mercy of local and state governments, who dictate zoning laws and have significantly raised prices in certain regions. In addition, developers maintain that higher material costs from increased tariffs and a lack of available skilled laborers are also to blame.

In a shocking report from The S&P CoreLogic Case-Shiller National Home Price Index in 2017, home prices rose 6.3%, which is nearly twice the rate of income growth and three times the rate of inflation. Young people simply cannot afford to purchase a house in a market where there are no starter homes available.

In many regions, we have reached the suburban development limit, which has resulted in zoning battles when much-needed housing tries to get added to an area. As a result, millennial buyers are experiencing a marketplace that doesn’t seem to be accommodating them, and with rent prices increasing at nearly the same velocity as home values, they can’t even save up enough money to enter into the market until much later down the road. The American Dream has become distorted over the years, and through many of the Federal practices that sought to help everyone achieve it, it has become its own worst enemy. Many of the incentives the government offered to get people into the housing market in the ’50s are responsible for today’s sprawl, excessive traffic, housing unaffordability, racial discrimination, and poverty. Urban areas were left in the rearview mirror as the suburbs were developed, but by ignoring them during the boom, we missed out on an opportunity to develop affordable housing in cities that could host more people. The future for first-time homebuyers in terms of obtaining a loan, however, is actually looking better each year. Now more than ever, there are more available mortgages, some even allowing you to put $0 down and have a poor credit score rating. Millennials are benefited in this aspect, since so many of them struggle with student loan debt and lower credit scores than previous generations. Despite a deficit of starter homes, higher rent, and higher home prices, first-time homebuyers can still navigate the market through specialized loans that have been catered to their situation, as long as they can find a home for the right price.

To continue searching, you must agree to the Terms of Use.

For the best experience, please provide your cell phone number and select accept below to opt-in to our Terms & Conditions and Privacy Policy to begin receiving text and voice communications.

or make a new notebook

Search the full MLS and Exclusive Property Listings.
(Prices and inventory current as of August 4, 2021)

Have a house to sell?

Find Out How Much Your Home Is Worth (optional)

We just need your phone number to finish creating your account.